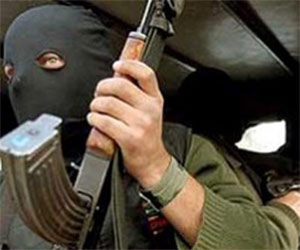 Some militant groups in Nigeria blame foreign oil companies for polluting the region and not sharing the profits from oil. Photo by Darik News
The Bulgarian, who was kidnapped together with a Briton in the southern part of Nigeria a month ago, is expected to arrive back home on Friday to celebrate his 48th birthday together with family and friend.

Kiril Elevterov is to land in Sofia a day later than it was first announced on the board of a plane that is to take off Paris airport.

The Bulgarian was released on Wednesday. He was abducted on July 8 from a platform after an assault against the British oil company Exprogroup, operating in the state of Delta.

Elevterov had been working in Nigeria since 1989 and was employed by the UK Company about a year ago.

The extremist group that claimed responsibility for the kidnappings insisted that the two men would not be freed before Exprogroup commits to developing the infrastructure in the Niger Delta region.

This was the second case of a kidnapped Bulgarian in Nigeria. Oil worker Milko Nichev, together with Honduran Harry Ebanks, American Patrick Landry, and Briton Nigel Watson-Clark, was kidnapped in Nigeria on January 12, 2006. Negotiators from Nigerian government held talks on the release of the four abducted foreign nationals and speculations said a ransom of USD 770 000 was paid.

More than 200 foreign oil workers or members of their families have been abducted in the Niger Delta's region, since militants demanding a larger share of its oil wealth took up arms.

Some militant groups blame foreign oil companies for polluting the region and not sharing the profits from oil.

A recent upsurge in attacks in the region has led to over 25% cut in Nigeria's 2.6 m barrels per day oil production, officials say.

Nigeria is Africa's top oil producer and the sixth largest supplier of crude to the US.

Although the bulk of the oil comes from the Niger Delta, the region remains deeply impoverished.