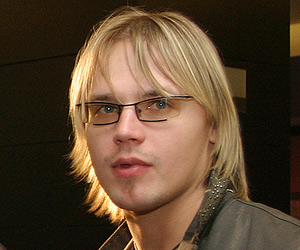 "I am at a loss for words with which to express the way I feel. I am very distressed and shocked by what happened. I would like to express my deepest and most sincere sympathies with the families of the victims," Staviiski said in his first comment after the horrible accident.

"This is a huge tragedy, it is very personal and affects everyone close to me. I know that this will turn upside down my life and the life of Albena forever," reads the statement that the world ice dancing champion sent to the Bulgarian News Agency.

"The only thing that I can do and pray for now is help anyway I can to save the life of Manuela and see Valentin and Yoana recovered," he said, referring to the girl who was hospitalized in coma after the crash and other two casualties.

Staviiski concluded by saying he is not allowed to provide further details because of the ongoing investigation, but vowed to fully cooperate the prosecutors and the court.

Staviiski veered into the opposite lane and bumped headlong into a Honda Civic with four people riding in it. The driver of the Honda died in a hospital, while his passenger - a woman - was hospitalised in a coma.

The blood alcohol test has shown that Staviiski had 1.1 permilles of alcohol in his blood. The legal driving limit in Bulgaria is 0.5.

Maxim is part of the ice duo Denkova-Staviiski, who defended their world title in Tokyo in March.