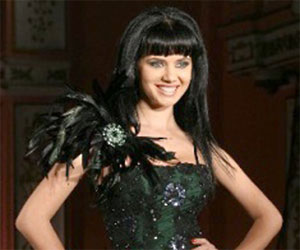 For the first time since the beauty pageant was first held, the final round took place in Bulgaria, in the Sunny Beach resort at the Black Sea.

More than 50 women submitted their applications, but the organizers invited only 20 of them to take part in the final round.

The beauties arrived in the resort to fight for the crown, going through four different tours. They had to try and dazzle the jury with their looks by first wearing sport outfit, then beach wear, followed by sophisticated evening dresses and finally to demonstrate their ability to wear diamonds - a girl's best friend.

Eleonora made it to the Mrs Universe competition after she became Mrs Bulgaria for 2006. Mrs China grabbed the second place prize, Mrs South Africa scored third and the fourth place went to Mrs India.

The 26-year-old beauty queen is married to the footballer Vlado Manchev, who plays for the Spanish Valencia.
Society » Be a reporter: Write and send your article
Advertisement
Advertisement
Expats.bg All Are Welcome! Join Now!
More from Society