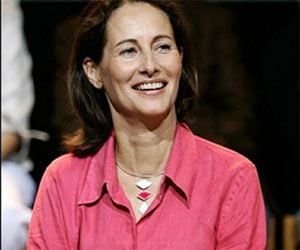 Royal said the reason for the parting was the infidelity of her partner , Socialist leader Francois Hollande.

Further details will be revealed in Royal's autobiography, which is to be published this week.

"I asked him to leave our home to continue pursuing his love interests and wished him happiness," Royal said in a statement on Monday.

The couple has four children.

Hollande confirmed the news, but was adamant that the high-profile split would have no major political consequences and re-iterating that he would stay on as party leader until the next party congress, scheduled for the fall of 2008.

But with Royal asserting her ambition to challenge for the party hot-seat, the two are likely to clash then, or even earlier if the Socialists decide to call an early congress.