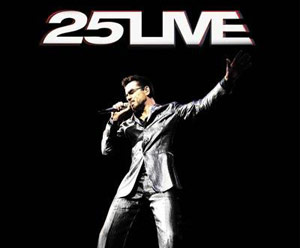 Widely described as the most impatiently awaited gig of the year in Bulgaria, the concert is part of George Michael's "25 Live" concert tour, his first in over fifteen years.

The show will unfold at Lokomotiv stadium on a giant eighty-ton stage, fixed with equipment that was transported to the Bulgarian capital with a fleet of 36 TIR vehicles. Among the most precious instruments to appear on stage is the famous piano on which John Lennon composed the song "Imagine".

The concert is part of the campaign "You are not alone", which aims to raise the international profile of the nurses, sentenced to death in Libya on charges of intentionally infecting 426 children with AIDS.

The initiative, taken up by Darik Radio, the private national channel bTV and Standard newspaper united thousands of Bulgarians by wearing red, white and green ribbon - the country's national colours - in support for the five nurses in Libya.

The medics have been in detention since 1999, during which time more than 50 of the 426 infected children have died of AIDS.

The plight of the Bulgarian nurses has sparked an international outcry.

Major scientific reports by Luc Montagnier at the Pasteur Institute in Paris, France, and Vittorio Colizzi, an AIDS researcher at the University of Tor Vergata in Rome, Italy, proved beyond doubt that unhygienic medical practices fuelled the outbreak.

As a result hundreds of children in a Libyan hospital contracted HIV in the late 1990s.

READ WHAT HAPPENED AT THE CONCERT HERE