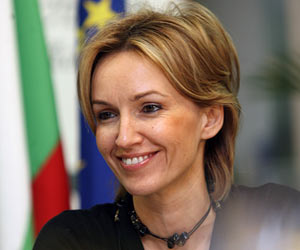 Her sharp words came as a comment of the extremely low turnout in the first-ever in the country elections for members of the European Parliament.

"I cannot accept the thesis that people who do not vote give some sort of a sign that they want snap parliamentary polls in autumn," the minister said and added that snap polls are never triggered by parties' dreams.

None of the parties managed to motivate its electorate, she believes. The parties' pre-election campaigns distracted the electorate's attention from the MEP elections rather than explaining how important these elections are, Grancharova continued.
Bulgaria in EU » Be a reporter: Write and send your article
Advertisement
Advertisement
Expats.bg All Are Welcome! Join Now!
More from Bulgaria in EU