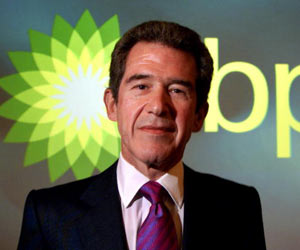 The British magnate handed his resignation earlier than announced as he failed to prevent the publication of The Mail article that revealed details of his personal life. His early step down could cost him more than USD 30 M in retirement and stock benefits.

The surprise came hours after a judge allowed a newspaper to publish allegations from a former boyfriend that the executive misused company resources.

Browne, who had already moved up his departure by more than a year after a deadly refinery blast in Texas and a giant oil spill in Alaska, denied any improper conduct relating to BP. But he acknowledged that he had lied to a judge about how he met his former partner, with whom he had a four-year relationship.

The Mail on Sunday, the newspaper that had sought to publish the claims, immediately called for Browne to be prosecuted for perjury.

BP called his resignation a "tragedy."

The announcement stunned Britain's business world, despite rumours for months that Browne's relationship with a former male companion was under scrutiny in the courts.

"For the past 41 years of my career at BP I have kept my private life separate from my business life," Browne said. "I have always regarded my sexuality as a personal matter, to be kept private."

"It is a matter of personal disappointment that a newspaper group has now decided that allegations about my personal life should be made public," he added.