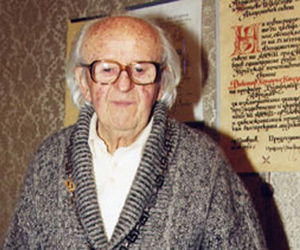 He was born in Sofia on December 3, 1909. He graduated in the German Musical Academy, his majors being violin playing in the class of Hans Koch and chamber music in the class of Leopold Kramer.

During his long life he was head of the violin department, dean of the performer's faculty and chancellor of the State Music Academy. Professor Avramov was the founder and leader of many national and international musical initiatives.

The professor received the doctor honoris causa title in 1994 by the State musical Academy for his immense contribution to the music in Bulgaria.