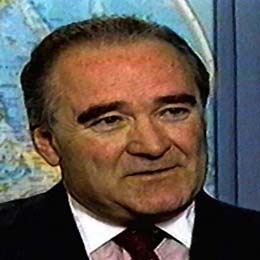 Sam Gardiner Photo by CNN
Sam Gardiner is a retired Air Force Colonel and described as "an expert in military strategy and an expert on strategic games". In Bulgaria he is famous as the person who included the country in a possible future war against Iran. Everything began with claiming from his side that the signals for a future attack against Iran are coming from "moving of airplanes, tankers of the American fight aviation to much unexpected places like Bulgaria".

Tsvetana Minkova from Darik News talked to Sam Gardiner to ask him for his comment on the issue.

Q: What exactly did you say then? In what context did you mention Bulgaria?

A: I mentioned it that it might include. I said that would be an indication to me that the US was moving to the next stage in getting close to a strike if the bases were used. That was the context.

Q: Do you really think a strike against Iran might happen until April?

Q: When do you expect the US to ask Bulgaria for airports?

A: Let me describe what the military problem is. The initial strike, if there is one, will probably be conducted by B2 bombers flying from the United States in B52 bombers flying from the UK. Those aircrafts, just before they go to Iran, will require refueling. There are only about three possibilities for this. One is Turkey, but the problem with the country is that they said no and that they won't support us in the operation. The second option is Bulgaria and the third option is Romania as places from which refueling might take place. Because of that I have on my list of indicators that the US will or has approached informally Bulgaria and Romania to use recently agreed bases for tankers.

Q: Is there any possibility Washington to ask for another kind of help, except for the airport bases?

A: I don't thinks so because everything we read about what's been planned or contemplated is that it only involves a few days of air operations and would not require any additional kind of assistance. I think the US would maybe ask for some support from the UK.

Q: Which other countries, apart of Bulgaria will gather in a potential future coalition of the willing against Iran.

A: Only the UK. But it won't be the same coalition before Iraq.