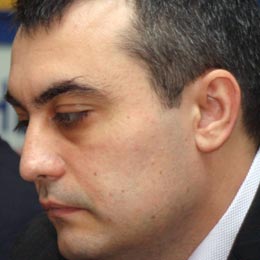 Sofia city prosecutor Nikolay Kokinov broke the news hours after it emerged that the five Bulgarian nurses, sentenced to death for knowingly infecting with HIV hundreds of Libyan children, have been accused of slandering the policce.

Bulgaria is not counting on Libya's cooperation in the lawsuit, but Kokinov confirmed that the African country will be approached with such a request.

The defendants will be charged with forcibly making the nurses to do or endure something against their will by power abuse.

If found guilty, the Libyans face from three to ten years in prison.

Nine Libyan security officers and a doctor were charged and later acquitted of torturing the nurses to extract confessions that they deliberately infected 426 children with the HIV virus that causes AIDS in a Benghazi hospital.

At the end of June 2006 a Libyan court rejected the appeal of five Bulgarian medics on the acquittal of the Libyans, saying the evidence against the policemen was too weak to convict them.
Politics » Be a reporter: Write and send your article
Advertisement
Advertisement
Expats.bg All Are Welcome! Join Now!
More from Politics