Bulgaria Launched "You are Not Alone" Campaign Supporting Libya-Jailed Medics 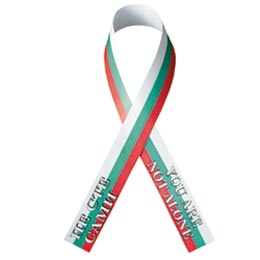 Photo by Darik News
Bulgaria launched Saturday an international campaign, called "You are not alone" for the saving of the sentenced to death nurses and Palestinian doctor in Libya.

The initiative for the campaign is organized with the joint efforts of the Standart Newspaper, Darik Radio, the state TV channel and bTV channel.

The idea is to appeal to all Bulgarians worldwide to be active in their efforts for the proving of innocence of the jailed medics and to show their compassion to their fate.

As a symbol of the campaign Standart newspaper will publish a ribbon with the Bulgarian flag and the word "You are not alone" inscribed on it in Bulgarian and English. The ribbon is supposed to be put on the lapels as a symbol of people's support.

The ribbon will be distributed to all Bulgarian citizens worldwide in the days before New Year's Eve.

Bulgaria's Post Services also tool part in the campaign, promising to send letters with the ribbon in the to all Bulgarians outside the country. The US Bulgaria Now, the biggest weekly issue outside country's borders, will publish the same ribbons on its pages in Chicago and other big cities.

The mayors of all cities in the country will personally hand ribbons to citizens on the major gathering spots in the night of the New Year's celebrations.

People will be able to get a ribbon from all bigger supermarkets in the country. Singers, politicians, public figures and Internet sites will appeal to all Bulgarians to wear the ribbon.

The government has also asked all leading media worldwide to put the "You are not alone" logo on the screen when they show reports on Bulgaria's EU accession celebrations.