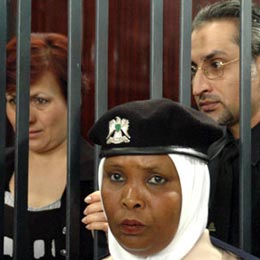 EU spokesman Johannes Laitenberger did not rule out a decision on EU action against Libya.

The European Commission is shocked by this verdict and condemns it, Laitenberger told reporters. "The EU simply cannot accept this verdict."

Relations between Libya and the EU have been strained over a trial of six foreign medics.

Both Washington and the EU have repeatedly called to Libya to release the defendants in the lingering AIDS trial, saying they are innocent.

Bulgaria is due to join the European Union on January 1, 2007.