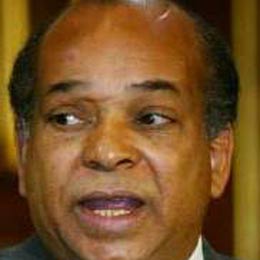 Libya's foreign minister was confident the counttry's image is in no way marred bu the confrimation of the Bulgarian medics death sentences. Photo by rulers.com
Libya's image at the moment is perfect, the country's foreign minister said at a briefing after a Tripoli court sentenced the five Bulgarian nurses and the Palestinian doctor to death.

This answer came as Minister Abd al-Rahman Muhammad Shalgham was asked why Libya risks its image before the international community with the confirmation of the death sentences for the medics.

"There are thousands of Bulgarians in Libya and the authorities there have no benefit from imprisoning six innocent persons. In this sense the country's image is not in danger," Shalgham said.

Asked whether he could give any guarantees that the Supreme court will not confirm the verdicts, Shalgham said when there is a conflict between two countries, it is settled in the court room and he in no way can tell the court what decisions to make.

"No one can influence the decision of the independent Libyan Court, but if the EU is compassionate with the pain of the infected children, there may be further talks to continue the humanitarian plan," Shalgham added.