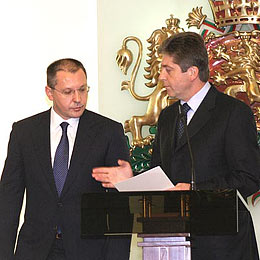 "The Libyan court once again dismissed the irrefutable proofs and covered up the real reasons for the break out of the HIV epidemics in Benghazi."

"We appeal to the international community to lend a hand and demand before the Libyan authorities to release the Bulgarian medics."

That was the first time that President Parvanov and Prime Minister Stanishev called the court case "compromised".

A Libyan court sentenced the five Bulgarian nurses and a Palestinian doctor to death for knowingly infecting hundreds of Libyan children with HIV.

The medics have been in detention since 1999, during which time 52 of the 426 infected children have died of AIDS.

The nurses and doctor were sentenced to death in 2004, but the Supreme Court overturned the ruling after protests over the fairness of the trial.