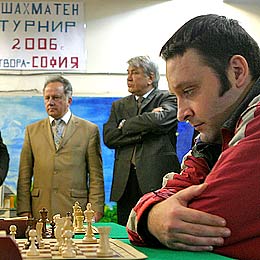 Inmates received their awards in the Sofia prison.

Varna Prison inmates took first place in the team contest with 11 points, the second place was for the Burgas prisoners, who won 9 points. Sofia prison residents scored third with only half a point behind.

In individual games the first place winner was again from the Varna Prison, Lyubomir Stoyanov.

The winners were awarded with television sets and sports equipment.

Inmates from all the prisons asked the Minister if they will be cut a few months off their sentences if they win a first place in the tournament. Petkanov said he would dwell on the question.