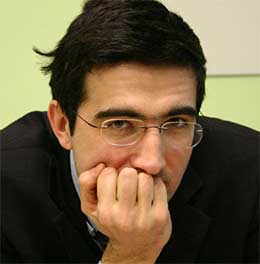 Kramnik said he wouldn't even consider a rematch, and explained that he didn't want more "soap operas that could go on forever".

There are others, willing to challenge the title Topalov has already lost, the Russian explained.

World chess federation (FIDE) rules state that every former world champion is allowed to challenge his opponent should he secure the prize of EUR 1.5 M.

Topalov's manager Silvio Danailov said that Kramnik would not accept the offer, which would force FIDE to strip him of the world's only chess king title last Friday, when he announced of the challenge.

For the past three weeks, chess fans have been gripped by the most dramatic world championship match in twenty years, that was marred by scandals over toilet breaks, and broken piping.