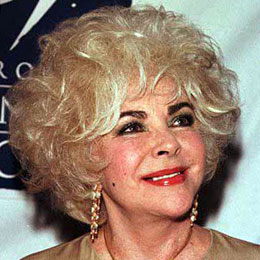 The 74-year-old movie star has reportedly told her actress friend Debbie Reynolds she was thinking about marriage again after falling for portrait artist Firooz Zahedi.

He has recently helped her through a string of health problems, including congestive heart failure and crippling arthritis.

According to British newspaper The Sunday Express, Elizabeth Taylor " has known some terribly dark days over the last few years. But it's amazing how she's bounced back."

"She has rebounded straight into the arms of a man - and it's wonderful to see them together. Liz lives to be loved. For some stars, it's work, family, even shopping. But for Liz, romance has always been the driving force," the weekly wrote.

Taylor's spokesman in Los Angeles has confirmed her friendship with Zahedi, but could not comment on personal relationships.