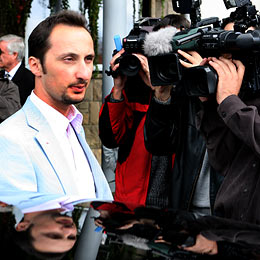 The regulations of the World chess federation (FIDE) allows every former world champion to challenge his opponent should he secure the prize of EUR 1,5 M, Silvio Danailov told journalists on Sunday.

According to Danailov the return match could take place in Sofia, on March 3, 2007.

Danailov suspects Kramnik will not accept the offer, which will force FIDE to strip him of the world's only chess king title.

For the past three weeks, chess fans have been gripped by the most dramatic world championship match for the last twenty years. The match was held in Elista, the capital of the Russian republic of Kalmykia.