No Regrets, Says Defeated Chess King Topalov Back in Bulgaria 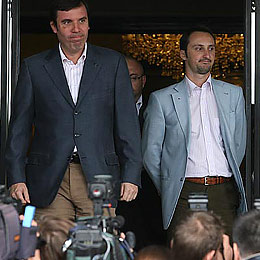 "I have no regrets. I have nothing to be ashamed of," Topalov told journalists at the airport. "I am happy it's all over. The suspense I had to endure was too big to take."

"I had the upper hand during most of the time, but I missed many opportunities," Topalov admitted. He resolutely denied circulating rumours that he succumbed to the defeat for money.

Asked about the so-called loo scandal, Topalov just said the story is not over.

The scandal at the unique contest, which pursued the unification of the world chess title, was triggered after the manager for Bulgaria's Topalov, Silvio Danailov, accused Russia's Kramnik of taking too many bathroom breaks.

For the past three weeks, chess fans have been gripped by the most dramatic world championship match for the last twenty years. The match was held in Elista, the capital of the Russian republic of Kalmykia.