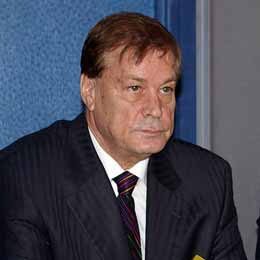 "The trial against the Bulgarian nurses, will see its denouement within the next few months" minister Feim Chaushev said during the morning broadcast of Bulgaria's private channel bTV.

This is not the first time when Chaushev expresses optimism on the issue, concerning the future of the nurses, accused of infecting Libyan children with HIV.

The diplomat's optimism is based on the progress of the trial, at the latest hearing he attended Tuesday. "The arguments, which the defence put in, prove the Bulgarians are innocent and have nothing to do with the HIV epidemic outbreak in the Libyan city of Benghazi", Chaushev said.

"However, emotions are out of the question. We'd better let the court do its work", the diplomat concluded.

Four Libyan experts confirmed their testimonies against the nurses on Tuesday. They insisted that the Bulgarians have deliberately infected over 400 kids with a genetically modified AIDS virus.