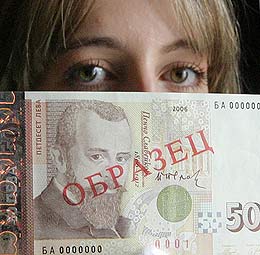 The news emerged during a press conference of the Bulgarian National Bank (BNB). The new banknote has additional protection elements including a hidden image of the figure 50.

The image of the famous Bulgarian poet Pencho Slaveykov is printed on the banknote.

It is also customised for use by ill-sighted people.

BNB experts explained that they picked a banknote with nominal of BGN 50 as the it is one of the most widely used banknotes. The banknotes with that nominal are also among the most frequently falsified, BNB added.