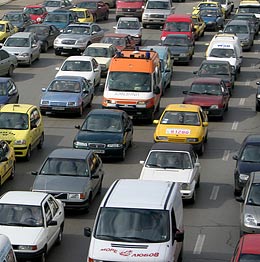 Central Sofia boulevards and downtown streets were blocked by traffic jams throughout the entire day. Although Sofia citizens were advised to avoid using their own vehicles and to use public transport, the streets were jammed thus causing much inconvenience for everyone in the capital.

Starting from April 25 till April 28, including, vehicles are prohibited to enter sections of Vitosha and Brussels, Tsar Osvoboditel, and Levski boulevards, as well as Fridtjof Nansen street.

Sofia beefed up security measures days ahead of the meeting.