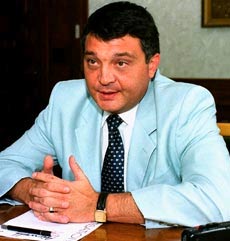 Defence Minister Nikolay Svinarov said in an interview for private bTV channel that the coalition allies requested the relocation as "Bulgaria's troops fulfilled their tasks in Karbala perfectly."

The report of the Bulgarian Army Staff will be ready by Monday and that is when President Georgi Parvanov will declare his position on the future relocation.

Also on Sunday Foreign Minister Solomon Passy said that he and his Polish counterpart Wlodzimierz Cimoszewicz have agreed that the decision on the relocation of the Bulgarian and Polish contingents in Iraq should be made following political consultations between the Defence Ministers of the two countries.

It will be clear whether the 450-string Bulgarian unit would go to the Qadissiya province by the end of the week. The Bulgarian troops are currently based in the Iraqi province of Karbala as part of a Polish-led multinational contingent.

Fierce discussions were triggered over the controversial issue on the possible troops' relocation. A few weeks ago Major General Andrzej Ekiert, Commander of the Polish-led multinational division in Iraq made a surprising statement saying that Poland was preparing to take over control of Qadissiya province, with Najaf, and to hand over control of Karbala province to the US forces.