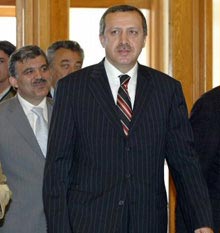 Turkey's giant glass producer Sisecam plans to invest a total of USD 160 M in the project, which encompasses the construction of two plants - for sheet glass and glassware. The International Finance Corporation will fund 50% of Sisecam investments, the biggest greenfield investment in Bulgaria so far.

The International Finance Corporation, part of World Bank Group, and Sisecam Group signed an agreement to this effect on June 25 in Sofia.

The Bulgarian government will be in charge of building the infrastructure adjacent to the factory. The overall facilities are planned to be ready in a year and a half.

The new glasswork manufacture is expected to create some 700 new jobs in the northern town of Targovishte, which is one of the most severely hit by unemployment regions in the countryt.

Sisecam Holding's daughter company Trakiya, the only producer of flat glass in Turkey, will be in charge of the investment project. The company holds 3% share of the world and 9% share of the European capacity for flat glass production.

About 85 % of the Bulgaria-made production will also head for the EU market.

Turkish investments in Bulgaria have reached up to USD 300 M, Turkey's Prime Minister Erdogan pointed out qualifying the new greenfield investment as a valuable contribution to Bulgarian economy, which will further strengthen ‘our friendly relations with Bulgaria."

The trade exchange between the two neighbouring countries have recorded USD 13 B as of end-2003, which positions Turkey among the top twenty countries Bulgaria shares mostly dynamic economic relations.