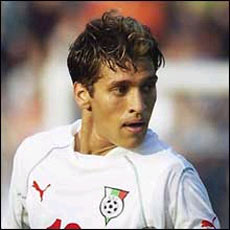 Stilian Petrov, who is captain of the Bulgarian national football team and also a major part of Celtic revealed that his Bulgarian team-mate is aware of the interest of Hoops boss Martin O'Neill.

Berbatov is a major target for Celtic and Petrov told the English media that Berbatov is aware of the speculation linking him with Celtic. Still, Petrov underlined that it up to both clubs and the player.

We've not seen the best of Dimitar in this Euro 2004 tournament, but he would certainly be a good signing for Celtic or indeed for any top club, Stilian Petrov underlined.