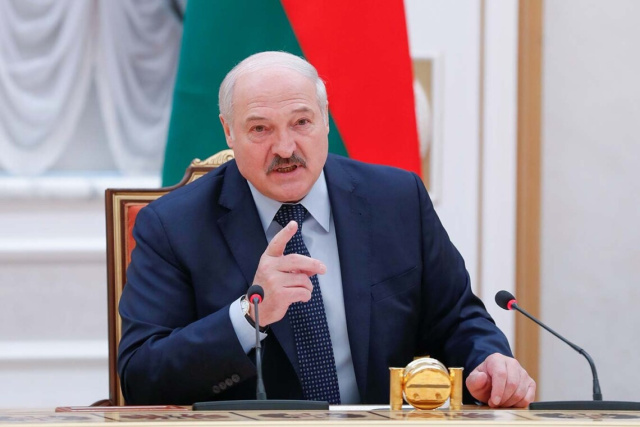 Lukashenko shared the alleged proposal at a meeting of government and law enforcement officials, where he also accused the West of arming militants in Ukraine who could potentially destabilize the situation in Belarus.

According to BeLTa agency, Belarusian President Alexander Lukashenko said that Ukraine has proposed to sign a neutrality pact between the two countries, while noting that Kyiv continues to train "militants and extremists".

"I don't know why the Ukrainians are doing this. On the one hand, they are asking us not to go to war with Ukraine in any way, so that our troops do not move there. They suggest that we sign a non-aggression pact," Lukashenko said at a meeting on the socio-political situation and the state of crime in the country, according to the Belarusian state agency.

However, he has stressed that all internal threats to the country will be dealt with "severely", saying that all extremists "have been warned".