The Number of Russian Soldiers Killed and Wounded is approaching 180,000, according to a Norwegian General 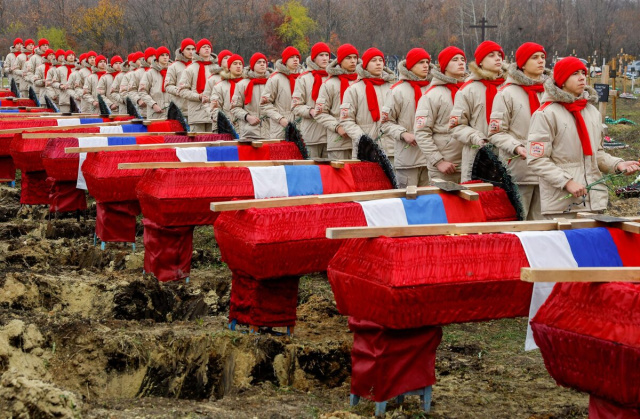 Russia has so far suffered losses of nearly 180,000 killed or wounded in Ukraine, while Ukrainians have suffered 100,000 military casualties and wounded plus 30,000 civilian deaths, according to estimates announced on Sunday by Norway's army chief

In the interview for the television channel TV2 gen. Eirik Kristoffersen did not specify where this data came from or how it was calculated. For months, Moscow and Kyiv have not provided reliable figures on their losses, and any claims about total numbers of wounded and injured cannot be independently verified.

In November, the chairman of the Joint Chiefs of Staff of the US Army, Gen. Mark Milley said the Russian army suffered more than 100,000 killed or wounded, with "probably similar casualties on the Ukrainian side."

Despite the heavy losses, "Russia is able to continue (this war) for quite a long time," Kristoffersen said on Sunday, referring to Moscow's capacity for population mobilization and weapons production. "What worries me the most is whether Ukraine will be able to keep the Russian air force out of the war," he said, adding that it has so far kept them out of its skies "thanks to Ukrainian air defenses." The majority of Russian strikes in recent months have been carried out with long-range missiles, AFP recalls.

The Russian Federation's Ministry of Defense last reported its losses in September 2022. At the time, Russian Defense Minister Sergei Shoigu said 5,937 Russian servicemen had died. Shoigu claims that Ukraine has already lost half its army during the war: 61,207 killed and 49,368 wounded.

Mediazona, the BBC Russian service and volunteers found that as of January 17, according to open sources in Russia, 11,662 Russian soldiers who participated in the invasion of Ukraine were confirmed dead.

The General Staff of the Armed Forces of Ukraine reported on January 23 that more than 121,000 Russian soldiers were killed during the Russian invasion. In December 2022, the office of President Volodymyr Zelensky stated that 10,000 to 13,000 Ukrainian servicemen had been killed since the beginning of the invasion.

Read more from the 334th of the war in Ukraine.