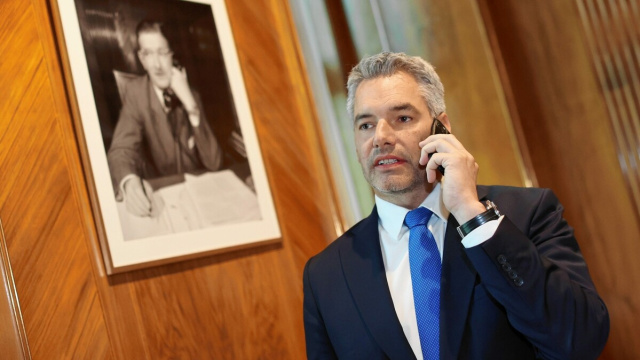 Austrian Chancellor Karl Nehammer stated that Austria opposes the accession of Bulgaria and Romania to the Schengen area. He made this statement during the EU-Western Balkans summit in Tirana.

"The Minister of the Interior made it clear. There is no approval from Austria for the enlargement with Bulgaria and Romania. More time is needed. We have 75,000 unregistered illegal immigrants in Austria. This means that they have crossed the external border of the European Union and ended up in a landlocked country like Austria. We have to answer these security questions first," Nehammer said.

"We are determined to remain decisive until the last moment and bring the solution to where we want it. We will not stop discussing and negotiating until the last moment. Given that the solutions regarding Romania and Bulgaria are not completely identical, the results cannot be completely the same either. This does not mean that a convenient solution formula cannot be found for both sides," said the head of state of Romania.

The decision on the extension of the Schengen area will be taken at the meeting of the Council of Ministers of Justice and Home Affairs of the EU on Thursday and Friday.

Rutte: Next year, Bulgaria can take steps forward on its way to Schengen