Borrell: There is an Agreement between Kosovo and Serbia 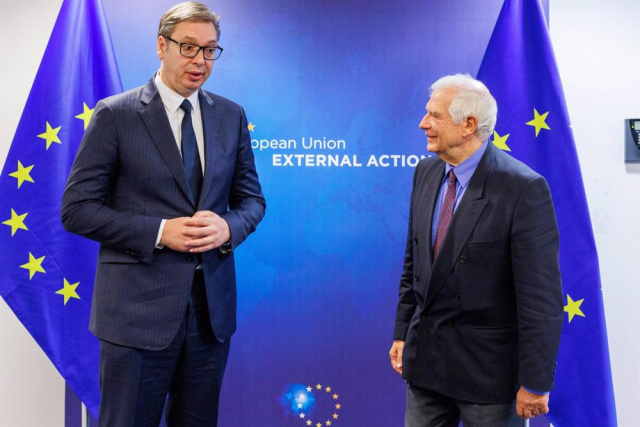 Representatives of Belgrade and Pristina have reached an agreement on the issue of license plates, EU High Representative Josep Borrell confirmed. He added that the parties can now "concentrate entirely on the proposal to normalize their relations".

"We have a deal! I am very pleased to announce that the main negotiators of #Kosovo and #Serbia, with the mediation of the EU, have agreed on measures to avoid further escalation and to fully concentrate on the proposal to normalize their relations." Borrell wrote on Twitter.

"Serbia will stop issuing license plates bearing the names of cities in Kosovo, and Kosovo will stop further actions related to the re-registration of vehicles."

"I will invite the parties in the coming days to discuss the next steps," Borrell said.

Pristina-based negotiator Besnik Bislimi said that after the agreement "intense talks should continue on the EU proposal, supported by Germany and France, for full normalization of relations".

At the same time, he thanked EU envoy Miroslav Lajcak and the parties for their hard work.

At the beginning of the meeting, Miroslav Lajcak said that he hopes that today they will be able to find a solution to de-escalate the tension.