Austria decided that Bulgaria and Romania are not ready for Schengen 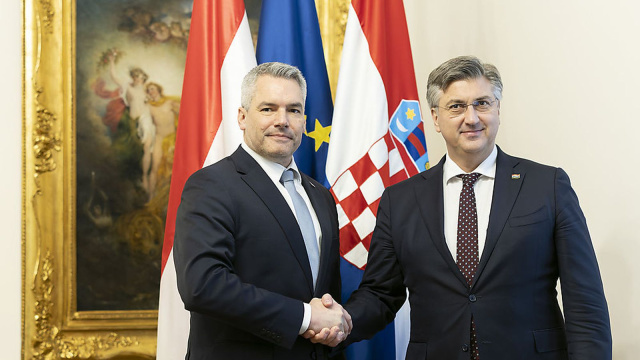 "We will support Croatia's accession to the Schengen area, but we will be critical of the efforts of Bulgaria and Romania," the chancellor said at a press conference after a meeting with Croatian Prime Minister Andrej Plenković.

"We are under extreme pressure from illegal migrants, even though we are an internal and not a border country in the EU."

We are now debating the enlargement of the Schengen area, while at the same time seeing that the external borders are insufficiently or not protected at all, and on the other hand internal border protection must be reduced. From our point of view, this will not be possible. This is not how the expansion of the Schengen area can happen, said the Austrian chancellor.

The site of the Austrian radio and television ORF published a material last night under the title "Bulgaria and Romania are not ready for Schengen". The publication covers the Austrian Chancellor's visit to Croatia, which began yesterday, and the meeting with his Croatian counterpart Andrej Plenković.

The "Sweden Democrats" are against the admission of Bulgaria to Schengen. This is stated in a written reply to BNR by the Swedish MEP Charlie Weimers from the group of European Conservatives and Reformists.

Weimers is from the second largest party in the Swedish parliament, which supports the ruling coalition without being part of it.

In response to BNR, Weimers stated: "According to the national operations department of the Swedish police, foreign gangs rob elderly people, break into homes, engage in human trafficking, steal fuel, farm equipment and boat engines worth billions of kroner every year. Half of these robberies are the work of foreign organized crime groups from other countries, including Bulgaria and Romania. We will continue to oppose both countries' accession to Schengen as long as these groups continue to be a huge problem."