Bulgaria: The Christmas Tree in will be Lit on December 1 – Eight New Christmas Bazaars in Sofia 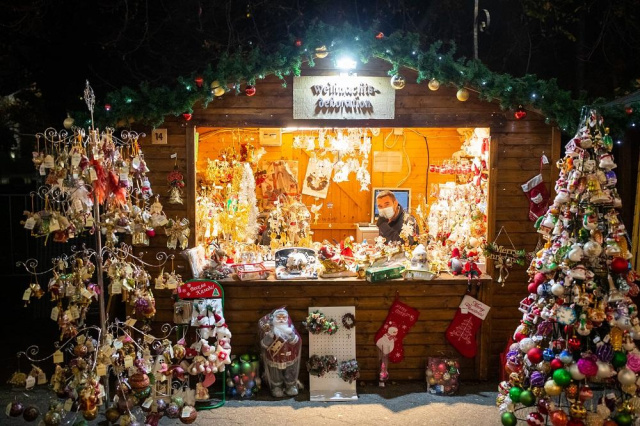 There will be ten Christmas markets this winter on the territory of Sofia, and eight of them are new. This was announced by the chairman of the Sofia Municipal Council, Georgi Georgiev, who, together with the directors of municipal markets, presented the program and visions for the Christmas markets in Sofia.

Christmas bazaars will operate in the South and North Parks, on "Saborna" Street, in the Novi Iskar district, on "Gerena", in "Vazrazhdane" Park and at the Roman Wall in the "Lozenets" district. The Chairman of the Metropolitan Municipal Council Georgi Georgiev explained:

"Our goal is for these bazaars to be cultural centers as well. There will be children's concerts, community centers, kindergartens. Slaveykov Square is one of the locations, there will be a bicycle park there, there will be workshops for children with special needs , creative studios".

On December 1, the Ice Park will be opened in the Knyzheska Garden, which will have many branches and turns and will be built on the model of the ice rink in front of the municipality in Vienna.

"Part of the avenues of the Knyzheska Garden will be iced, the work is progressing. Nearly 4 acres of ice rink are being made by the company that makes this in Vienna. From January 1, there will be free access for children from 9 to 11 in the morning," said Georgi Georgiev.

The Christmas tree lights will be lit on December 1st. This year it will be in front of the National Theater and will have a new design. It is 10 meters high and will be decorated with 200 different sized champagne colored balls covered in brocade. Popular figures from culture and sports will participate in the lighting of the lights, and there will also be a festive concert, said Bilyana Genova, director of the Culture Directorate in the Sofia Municipality.