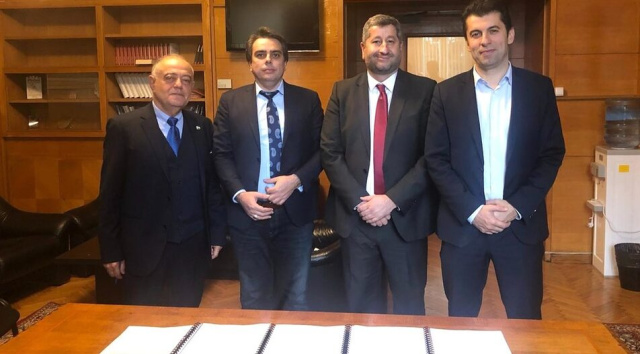 “We Continue the Change" and "Democratic Bulgaria" have a plan for a minority cabinet, it became known after a joint statement of the two parties in parliament. "We are here to say that we are ready, if the second mandate comes to us, to work together for a government of the minority with a clear vision and plan. There must be guarantees that the parliament can show that it can work in such a format", declared Kiril Petkov from "We Continue the Change".

He attacked GERB, which is about to receive the first mandate from President Rumen Radev, as it is the largest parliamentary group. "It's already been two months since the elections. The only thing that GERB has done is to elect Mr. Rashidov as the Speaker of the Parliament and to bring the people to the streets with the electoral legislation," said Petkov.

“Bulgaria is in a political vacuum,” said the leader of "We Continue the Change"

According to the co-chairman of "Democratic Bulgaria" Hristo Ivanov, for now the country is not set to have a regular government, apart from repeating the so-called "paper ballot" coalition - GERB, DPS and BSP (officially the three parties reject such a possibility). According to him, "Democratic Bulgaria" and "We Continue the Change" will rely on support based on the legislative package that they will propose. The support and movement of the bills will tell whether a minority government from both parties can muster support.