Due to a formal omission, the European Court will probably not Fine Bulgaria for the Dirty Air 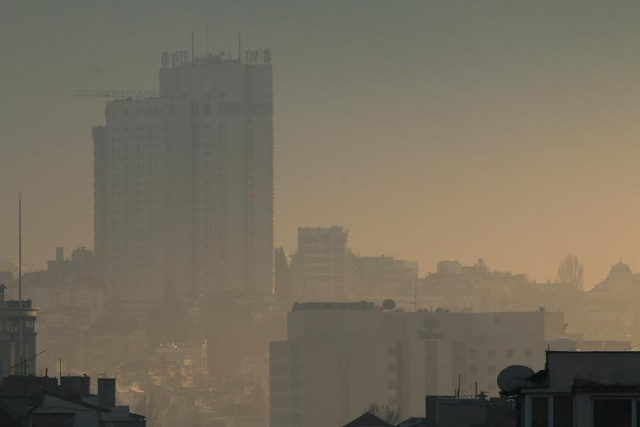 The European Court will probably prohibit the European Commission from fining Bulgaria for the dirty air. This is clear from an opinion published on Friday by the Attorney General - the court's legal consultant, whose opinions are almost always followed.

According to the attorney general, the European Commission "has not sufficiently substantiated the claim that Bulgaria's plans for air quality do not contain the information required under the Directive on the quality of atmospheric air".

For this reason, "there is no reason for the determination of a periodic property sanction, but a one-time payable sum due to the insufficient implementation of the decision as of February 9, 2019 (the date on which the Commission assessed the situation in Bulgaria) is not appropriate, insofar as for Bulgaria it would be better to invest scarce resources in improving ambient air quality".

On May 31, the European Commission filed a claim before the EU Court of Justice against Bulgaria for failure to comply with the Court's 2017 decision, which found that it did not comply with European standards for ambient air quality, thus endangering the health of its citizens.

The Commission's claim stated that Bulgaria "systematically and consistently failed to comply with the maximum permissible values ​​for dust particles (DP10) and appropriate measures were not taken to ensure that the period of exceedances was as short as possible ".

Therefore, the Commission asked the court to determine a fine to be imposed on the country for deviating from European legislation.

However, according to the attorney general, the European Commission made a significant omission in the official notification letter, which defines the subject of the dispute with the Bulgarian authorities, as it did not explicitly state that the exceeding of the maximum permissible values ​​of dust pollution continued even after the court's decision in 2017. Instead, she indicated exceeding the limit norms only for 2015 and 2016, which are not the subject of the case.

Bulgaria does not yet comply with the norms

At the same time, he admits that Bulgaria had not yet taken all the necessary measures to implement the decision and make the air cleaner to breathe and, in particular, by February 2019, when the European Commission was assessing the situation, there had not been adopted national programs for the improvement of the quality of atmospheric air and for the replacement of some heating installations, as well as for the regulations on the construction of heating stoves for solid fuels and on the quality of fuels.

Therefore, the Attorney General believes that the European Commission's claim against Bulgaria should be partially accepted, with the Court ruling that Sofia continued to fail to comply with its obligation to implement the European Air Quality Directive even after the Court's first decision of April 5, 2017.

Why did the European Commission want to fine Bulgaria?

The European Commission requested that Bulgaria be fined because "more than three years after the decision (of the court) it still has not ensured compliance with the maximum permissible values ​​defined in the directive in all its air quality monitoring zones and agglomerations."

According to Brussels, "the results achieved so far are unsatisfactory, as Bulgaria has not yet started to actually implement measures in places to ensure compliance with the maximum permissible values. The country reports that most measures are in the preparatory phase or are about to be implemented will not come into effect until 2024."

The Commission states that "some of the most serious exceedances in the EU of both the annual and daily maximum permissible values ​​for DP10 are observed in Bulgaria, with the resulting risks for the health of its population".

It is pointed out that the daily limit values ​​are exceeded on 90 days a year, i.e. more than 2.5 times more than allowed according to the European directive.

In the coming months, the Court of the EU will make a final ruling on the case of Bulgaria against the European Commission on the purity of atmospheric air.