France has filled its Gas Storages to 100% 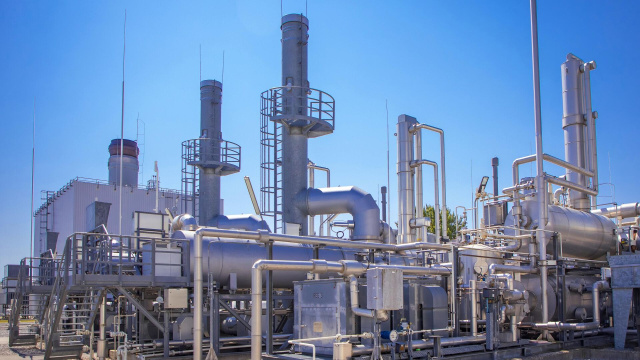 France filled its gas storages to 100% before the start of winter. This was announced by the French energy regulator, warning that domestic and industrial customers should still comply and reduce natural gas consumption amid a winter without Russian gas supplies.

France becomes the third EU country after Belgium and Portugal to fill its storage well ahead of the November deadline set by the Commission.

In total, gas supplies in the EU reach a level of around 89%. In Bulgaria, the percentage is around 76.

"The winter storage gas injection campaign has been completed and is more than 99% full," the Commission for Energy Regulation (CRE) said in a statement. The storage facility thus has 130 terawatt hours (TWh) of gas in stock.

"We need to start reducing consumption immediately to prepare for possible stressful situations in the coming months. This will determine the reasonable use of the reserves," said a joint announcement by the companies that manage the storage facilities in the country - Storengy and Terega.

Most of France's gas reserves are stored in natural underground storage facilities throughout the country.

Russia has suspended natural gas supplies to France - which has strongly supported sanctions and military aid to Ukraine - since September 1.

On Thursday, Paris is expected to present its "energy saving plan" aimed at reducing consumption by 10% over two years.

According to Storengy and Terega's statement, the country's gas supply could remain "broadly balanced" in an "average winter", but in the event of a prolonged cold snap, gas consumption could jump by 5%, forcing curtailment measures of gas use.