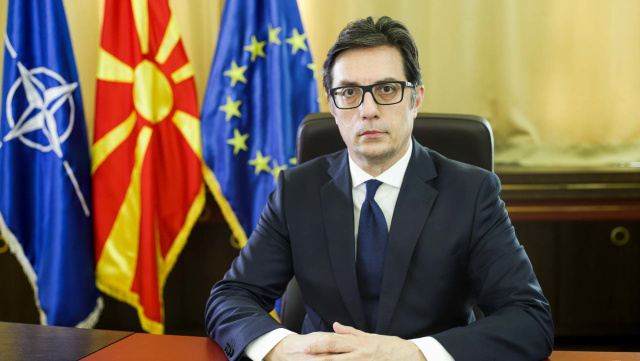 North Macedonian President Stevo Pendarovski has no intention of discussing issues related to history and the past with Bulgaria and his colleague Rumen Radev.

"We can negotiate about real European topics. I have no intention of visiting Bulgaria and negotiating about history. When we talk about European integration, we have no right to focus on history," Pendarovski told the local Thelma TV.

"Sofia's initial proposals for our joining the EU included those non-existent things such as the request for the language, for our ethnic origin, for the period 1941-1945, for the occupation, for the administration, etc. I have no intention of wasting my time on these issues and travel to Sofia or invite Radev to us - to negotiate whether in 1941 they were occupiers or administrators", he also said and added: "I want to talk with Radev about real European topics, such as energy, economy, the infrastructure between Sofia and Skopje."

"That's what I want to negotiate about. For everything else, I didn't get a mandate in 2019 - to return my homeland to the 19th century, to talk about Tsar Samuil, about the 10th, about the 11th century," stressed Stevo Pendarovski.

According to him, in recent months the rhetoric between the RMM and Bulgaria has been calmer, and this is due to the negotiating framework for starting negotiations for EU membership. He also expressed his satisfaction with the fact that "history is mentioned in the Negotiating Framework only in the part where bilateral relations and the historical commission are concerned."