Elections in Bulgaria: 10.3% Voter Turnout at 11 a.m., Problems with the Vote in Turkey 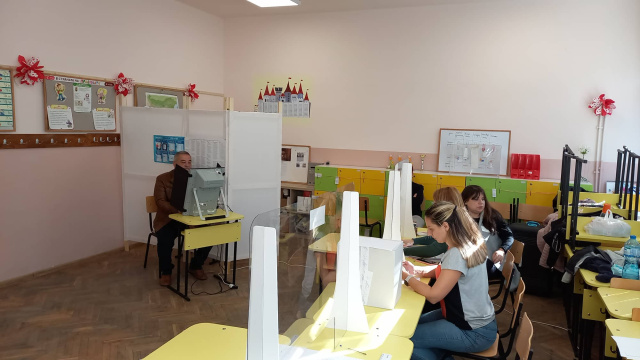 The activity is moving around and even slightly higher than the activity of the last elections in November 2021, noted the executive director of Gallup Parvan Simeonov.

"In general, at this time, activity is hovering around that of the last vote."

"It is too early to say. If things continue like this, they will remain in the forecasts. Relatively low activity by Bulgarian standards, but it is still before noon," he added to BNR.

"High activity is not always the result of good developments. High activity comes when society becomes electrified, polarized, politicized, sometimes even unnecessarily. Low activity is not always an unpleasant indicator, the point is not to become too low. We hope that it will not be as low as it could be if it continued down the slope. High turnout usually comes with big, new political forces and can hardly be expected when elections are in a few months. But on the other hand, high turnout can be expects when there is a real stake related to quality of life, personal and national security, so the interest in the elections will hardly be negligibly low," commented Simeonov.

In Bulgarian sections in Turkey, they speak Turkish and violate the secrecy of the vote. The CEC warned them to stop

Turkish is spoken in Bulgarian sectional committees in Turkey, not Bulgarian. The Central Electoral Commission received reports of this and have already sent a warning to them not to allow it, CEC spokesman Tsvetozar Tomov announced at a briefing in response to a journalist's question.

The reports also claim that voting secrecy is being violated in sections across Turkey.

Two of the reports of violations in the country concern the announcement of estimated results before the end of election day. It's about news sites.

There are also two complaints about pre-election campaigning.

Regarding the problems with the machines, CEC spokeswoman Rositsa Mateva said that there are a total of 15 machine problems for the whole country and voters there already vote with paper ballots. The CEC is also considering reports from Pleven and Pernik, but is awaiting information on the cause. If it is confirmed that the machines cannot be repaired, it will switch to paper ballot voting. There are several places outside the country where there are two and one has malfunctioned, but voting continues through the second.

As of 11 a.m. Bulgarian time, the parliamentary elections have already ended in New Zealand and are expected to end in Australia. Those in the Americas haven't started yet. This will happen in the early afternoon, said Tsvetozar Tomov. There are no reports of serious problems in the Far East. In Europe, the most significant problem is non-appearance of members of sectional election commissions (SEC) or lateness. However, all sections work.

Tomov commented on the allegations that the machine vote was being thwarted in some places by voters claiming that the machines did not accurately count their votes. That "doesn't sound very serious," he said, noting that machines are not stopped because of unsubstantiated allegations.