Biden: The Covid Pandemic is Over 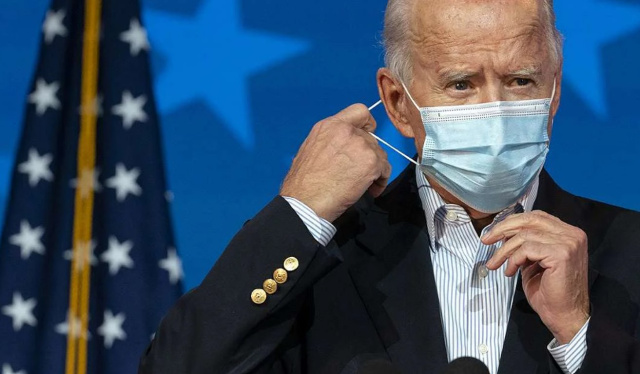 The COVID-19 pandemic is over, US President Joe Biden announced during CBS' '60 minutes' programme, The Washington Post reported.

While replying to a query over the COVID pandemic, Biden said, "The pandemic is over. We still have a problem with COVID. We're still doing a lotta work on it. It's-- but the pandemic is over. if you notice, no one's wearing masks. Everybody seems to be in pretty good shape. And so I think it's changing. And I think this is a perfect example of it." Biden made the remarks on Wednesday during an interview at the auto show in Detroit, referencing the crowds at the event. The annual auto show had not been held since 2019.

That emergency declaration, which is set to expire next month, has allowed federal officials to pursue flexible solutions amid the crisis, including rapidly authorizing new Covid treatments and keeping many Americans covered by Medicaid, the safety-net health programme.

If the government ends its emergency declaration, then 15.8 million Americans would lose their Medicaid coverage, The Washington Post reported citing Urban Institute, a think tank that conducts economic and social policy research.

The administration for months has maintained that the virus is on the retreat, citing the growing availability of vaccines, tests and treatments to fight it and the population's expanding immunity.

Biden's remarks came at a moment when new daily infections are down to just over 57,000, the lowest they have been since late April, although that is probably a dramatic undercount since most people test themselves at home and do not report their infections to local and state health officials.

Nevertheless, the disease continues to exact a toll, with more than 30,000 people hospitalized and more than 400 dying each day, according to seven-day averages compiled by The Washington Post.

Earlier, in the interview, Biden said that American forces would defend Taiwan from a Chinese invasion, the most explicit statement by him so far on the issue concerning cross-strait relations.

Responding to a query over defending Taiwan in the event of a Chinese invasion, Biden said the US would defend Taiwan "if in fact there was an unprecedented attack," according to The Washington Post.