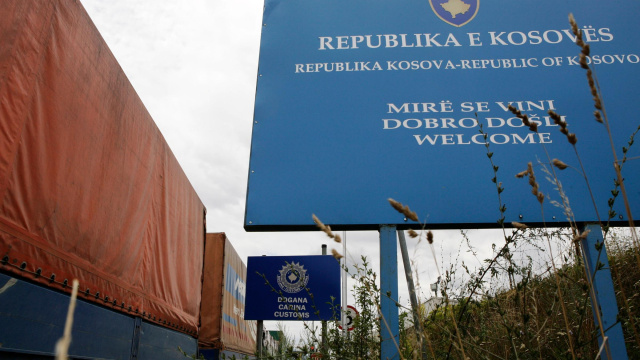 I am happy that we found a European solution that facilitates travel between #Kosovo and #Serbia, which is in the interest of all citizens of Kosovo and Serbia.

I thank @predsednikrs and @albinkurti for their leadership, and underline the excellent practical EU - US cooperation pic.twitter.com/kO4UZNenwk

The agreement is part of the Brussels-backed high-level dialogue between Belgrade and Pristina. This happened with the participation of Serbian President Aleksandar Vucic and Kosovo Prime Minister Albin Kurti.

Kosovo Serbs, like all other citizens, will be allowed to travel freely between Kosovo and Serbia using their own identity documents.

Josep Borrell congratulated the two leaders on the agreement and called on them to also resolve the issue of car registration numbers.

"In times of war in Ukraine, the EU does not need more problems, but solutions. Today, a solution was found for the Western Balkans," the No. 1 European diplomat pointed out in a video posted on Twitter.

Tensions in Serb-populated northern Kosovo rose in late July. The government in Pristina then decided to replace the identity documents issued by the Serbian authorities with those issued by the Kosovo authorities. It was also decided that the number plates of the Serbs' cars, issued by the Serbian authorities, would be replaced with Kosovo ones. The Kosovo government later decided to postpone the implementation of the measure by one month. So far, however, there has been no result of the talks on the issue between Aleksandar Vucic and Albin Kurti.