Latvia: The Monument of the Soviet Army in Riga was Demolished (VIDEO) 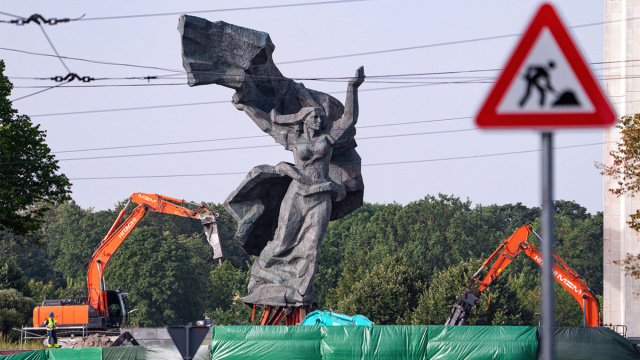 After three days of dismantling work in Riga, yesterday the last element was removed from the Victory Monument, erected in 1985 in the capital of Latvia and dedicated to Soviet soldiers.

The 79-meter column, ending in a pentacle at the top, fell into the waters of the artificial lake surrounding the sculpture complex, for which donations were collected from the population at one time. Before the Russian aggression in Ukraine since 2014, 80% of the residents of Riga spoke in favor of the monument, now more than 200 thousand euros were collected for its removal because of the second aggression of Vladimir Putin.

Protests in the area were banned and foreigners were warned they would be expelled if they engaged in "unsanctioned activities".