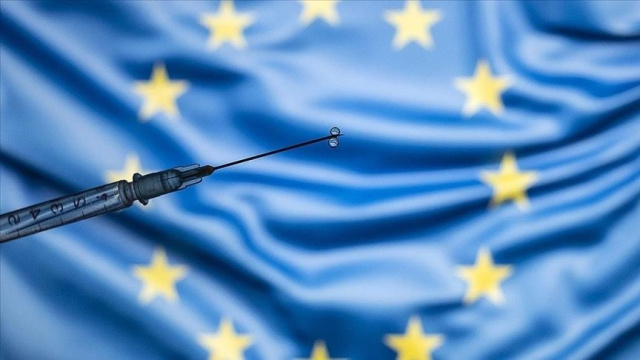 Brussels is warning of a "plateau" in the EU vaccination process despite rising Covid-19 cases, urging member states to step up immunization campaigns ahead of autumn and winter.

EU Health Commissioner Stella Kyriakides said there was a risk that people would let their guard down during the summer months and that health ministries needed to do more to prepare for wider outbreaks despite the population's understandable "fatigue" from the pandemic.

"We need to increase vaccinations, we need to expand the reach of boosters and we need to make sure that health systems are ready to deal with future waves," she said in an interview with the Financial Times.

"I'm concerned that vaccinations have plateaued in the last few months and we've seen that contact tracing and testing is probably not as intense," she added.

Kyriakides’ remarks came after the Financial Times reported that the EU, member states and BioNTech/Pfizer held talks to delay some supplies of Covid vaccines until 2024 amid a glut of vaccination doses, as the plan has received temporary support from the companies and Brussels.

The current contract only extends to 2023. Some Moderna deliveries are potentially delayed until the first few months of next year, although the EU's contract with the company only covers 2022.

Kyriakides’ remarks come after she wrote to EU health ministers warning of a "disturbing spike" in ongoing Covid cases in the EU, including increasing rates of severe illness and hospital and intensive care admissions, urging them to do more to prepare for what could prove to be a "tough fall and winter" on the block.

The steps the EU health commissioner is pushing for include implementing year-round surveillance and testing capacity for acute respiratory illnesses this winter and beyond, as well as preparing sufficient health supplies and being ready to reintroduce masks and social distancing.

However, she made it clear that the slow pace of vaccination campaigns was a key problem given the short period before the cold and flu season.

In early July, European health agencies recommended extending eligibility for second Covid-19 booster vaccines to people over the age of 60 as highly transmissible variants of Omicron increase hospital admissions across the continent.

"The summer months are when we need to increase our preparedness for what might happen in terms of vaccines, therapeutics and medical equipment," Kyriakides said.

It is appropriate for the over-60s and those in vulnerable groups to immediately receive an additional booster to ensure they are protected from the wave that is underway, the European health commissioner said. Asked if she thought there would need to be new adapted vaccines for the latest variants causing infections in the EU, Kyriakides insisted that the vaccines already available remain effective against the versions of the virus that are circulating.

The slow pace of vaccinations may be partly due to citizens waiting for the arrival of vaccines adapted for the new Covid variants, which could, however, receive approval in September, the EU commissioner said. But people should instead get vaccinated "as quickly as possible" with current vaccines, she added.

According to Kyriakides, the "plateau" in vaccination rates is due to a variety of issues, including "the feeling that the coronavirus pandemic is probably on a downward spiral or over" and a "feeling of vaccine fatigue".

"There is a lot of discussions that the usual vaccines don't protect us, so let's wait for new adapted vaccines that will come out in the fall or winter," she added, but stressed: "There is no time to lose."