Bulgaria: The Fire near Lyubimets and Harmanli has been Contained 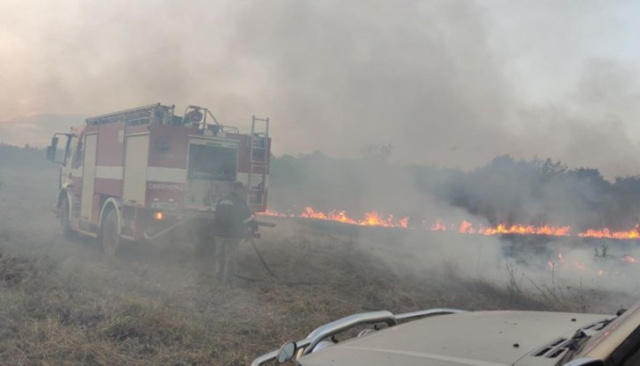 The fire near Lyubimets and Harmanli has been completely contained, Haskovo regional governor Minko Angelov told the Bulgarian National Radio.

Because of the big fire, a partial state of emergency was declared there yesterday.

The control of the fire took place after the intervention of heavy mechanization from "Mini Marica Iztok", which prevented the "creeping" of the fire.

14 fire trucks and about 80 people were on the ground throughout the night. The army is also expected to assist in extinguishing the fire with 20 military personnel, ensuring that no fire breaks out again.

The fire is in a deciduous forest outside the populated areas and there is no danger to people, assured the regional governor.

Angelov expressed hope that at the end of the day the partial state of emergency would be lifted.