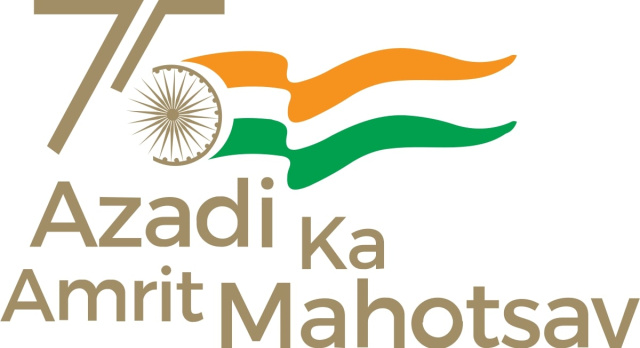 75 years of free India are replete with stupendous achievements. These become more remarkable because the country had to make a ‘Tryst with Destiny’ bringing out an exploited 1/6th of the humanity from the vagaries of the colonial yoke. Hence, the major challenges included socio-economic development and nation building through education and  industrial development, eradication of poverty, food self-sufficiency in a drought hit era with a divided nation by the colonial masters who were forced to lift their colonial shackles by the Gandhian non-violent movements. This was even more difficult as the world was divided into Cold War adversaries and bloc politics which India could not have subscribed to. Hence, India not only stood and helped in the emancipation of large number of colonized countries but also created a third way with a more equitable force in the form of NAM (Non-Aligned Movement) to serve national interest and cause of peace and development especially for the developing and underdeveloped world. It became a champion for the rights of oppressed people at the international fora while discharging its obligations as a responsible international actor and a voice of reason.

India, before the advent of the colonial powers, contributed to over a quarter of the global GDP that went down to less than 4% when they left with her industry decimated and administrative system which was geared to serve interests of the colonial masters. In the last over seven decades, India has engineered Green, Yellow and White Revolutions with continuous upgradation in technology in the agricultural and food processing areas not only to meet demand of a burgeoning population but has also emerged as a net exporter and helper to the world. India has also emerged as credible nuclear and space power in the world- the tools it intends to employ for the global good.

Prime Minister Narendra Modi while speaking at the inaugural of curtain raiser activities of the Azadi Ka Amrit Mahotsav reiterated and reaffirmed that “We are proud of our Constitution. We are proud of our democratic traditions. The mother of democracy, India is still moving forward by strengthening democracy. India, rich in knowledge and science, is leaving its mark from Mars to the Moon. Today, India's startup ecosystem has become a center of attraction in the world. Today, India is moving out of the darkness of scarcity to meet the aspirations of more than 130 crore (1.3 bn) people.” India has the largest young aspirational population and the fastest growing market economy which is ready to cater to the needs of teeming billion plus people who take pride in the Indian story.

As a result of umpteen initiatives by the present government, hundreds of archaic laws have been dispensed with. India‘s global ranking for DBI (Doing Business with India) has moved up significantly even as more needs to be done. India has become a favorite investment destination garnering the highest annual FDI inflow of .57 billion in FY21-22 despite the Pandemic.Computer Software and Hardware became the top recipient sector of FDI Equity inflow with a share of around 25% which indicates that India figures prominently for the investors as the AI driven Industrial Revolution 4.0 moves to a higher orbit. India also boasts of a fast growth in billionaire Unicorns globally. Moreover, the FDI equity inflows in Manufacturing rose by 76% in FY 2021-22 well supported by the Indian policy framework and ‘Make in India’  and PLI ( Performance Linked Initiative) schemes. This is a remarkable achievement and a testament to Indian economic and political resilience.

Likewise, for the first time Indian exports of goods and services reached over 0 billion in 2021-22 despite the global problems and supply constraints due to the pandemic and the ongoing Eurasian war. India has always been a trading nation and is working hard to reclaim that status yet again. Along with this, India is also focusing on self-reliance with a global footprint - ‘Atmanirbhar Bharat’, especially in manufacturing sector and to be an integral part of alternate value and supply chains which are resilient and reliable for the national interest and the global good. In this context, India’s participation in the I2U2, Quad, Indo-Pacific Economic Framework (IPEF) and other regional and sub regional connectivity oriented frameworks acquires a renewed salience and focus. Likewise, vigorous move to expeditiously implement INSTC (North South Transport corridor), strategic connectivity projects like Chabahar in Iran to Afghanistan to Central Asia and Europe or North-Eastern India to ASEAN corridors aim at providing crucial trade and economic linkages for India’s centrality in global supply chains.

As India wishes to lead through the AI driven Industrial revolution 4.0, its Digital India, Innovate, Start Up and Stand Up India campaigns have become the hallmark of a unique digital footprint. Some initiatives like the access to internet, banking at the doorstep and direct payment into accounts to nearly a billion Indians are the game changer and are providing the leadership position to India in the comity of nations. PM Modi recently, while speaking at the inaugural of first bullion exchange, claimed that India already accounts for 40% of global digital payments.

India’s foreign policy has become more robust and confident with impeccable credentials as the country pursues a value based foreign policy clearly driven by strategic autonomy to subserve her own national interests which are aligned with the global welfare and has emerged as a voice of reason at the global stage. India at the UNSC no longer pleads for a place on the horse shoe table but claims it on the basis of her credentials. Meanwhile, India continues to play the global leadership role as a voice of the developing and underdeveloped countries be it for the waiver of Intellectual Property Rights for Vaccines or at the WTO negotiations on fishing and agriculture and on the reforms for the multilateral institutions.

India is also on the forefront of fight against Climate Change. The International Solar Alliance (ISA), Coalition of Disaster Resilient Infrastructure (CDRI) and ‘One Planet One Health’ are the initiatives which India has launched with and for the global community as it has emerged as a first responder in the crisis situations from natural disasters to the pandemic. With a clear focus on multilateralism and primacy of the UN Charter, India navigates her foreign and security policy with dignity and confidence as she engages with diverse partners across various groupings like the Quad, BRICS, SCO, G20 and Indo-Pacific Economic Framework (IPEF) where India becomes a pivot. Her Neighborhood First, Act East and Link West and Africa for Africans policies provide her the effective fulcrum for mutually beneficial partnerships.

India’s capacity building assistance under the ITEC (Indian Technical and Economic Cooperation) to over 160 countries and supply of essential medicines, medical supplies and deputing professionals and paramedics during the pandemic have given it  unparalleled heft as a responsible global centric power always rising to the occasion. India has emerged as a first responder during the crises with the ‘Share and Care’ attitude, immensely adding to its Soft Power which has translated into an unprecedented support for India at the international fora including at the declaration of June 21 as the International Yoga Day.

As a new global order emerges out of the current churn and transition, India is all set to take up a benign leadership role during the ‘Amrit Kaal’ - next 25 years with a strong polity, stronger economy and efficient foreign policy which is robust, resilient and result oriented and with the global good at the core.

[Anil Trigunayat is a former Indian Ambassador to Jordan, Libya and Malta]

/Embassy of India in Bulgaria