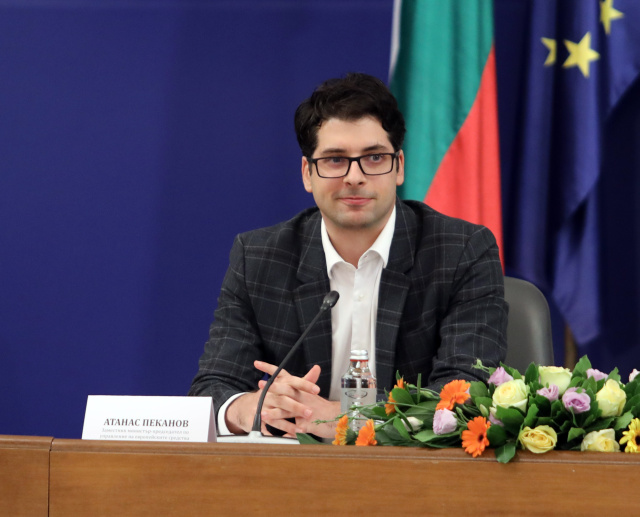 “We must do better and only then will we receive this important financial resource from the Recovery and Resilience Plan. More than BGN 3.7 billion will come in the coming months, we will try to unlock these funds”. This was stated by the Deputy Prime Minister for the management of European funds, Atanas Pekanov.

“Our goal is to set in motion the processes so that Bulgaria can succeed in 100% of the commitments made and when we have to report them to Brussels”, he added.

With regard to the Recovery Plan, 1.3 billion leva are expected to arrive by the end of the year as the first payment.

“I think we need transparency so that people can know what is happening in this regard”, added Pekanov.

“Of the 22 measures to be taken, we have completed 21”, he said. “The modernization project in the Ministry of Internal Affairs will also move forward and for now its contractor must be found, in the coming days we will also talk with the EU institutions”, he also stated.

Pekanov specified that, for the second payment under the Recovery and Sustainability Plan, 66 measures must be taken, of which 22 legislative changes, some of which can be adopted within a single law. "Out of these 22, one employment promotion law has been passed, changes to the trade law have been passed at first reading, but the procedure will start again when the parliament is constructed. We have made a commitment that the anti-corruption law will be adopted by the second payment from the Recovery Plan, the law on foreigners is also expected to be adopted," commented Pekanov.

Of key importance, the Deputy Prime Minister for the management of European funds pointed to the adoption of the Law on Personal Bankruptcy, the Law on Public Procurement and the Law on e-Government, which is almost ready. Atanas Pekanov specified that there are 6 laws within the energy sector that need to be discussed, and talks have already been held with the minister and deputy ministers of energy, adding that there are already working groups that are active.

By December, Pekanov noted that the green transition and the way to do it should be adopted and continued, specifying that the First Procedure of the Recovery and Sustainability Plan is already open. “It is for technological modernization and currently businesses have the opportunity to apply for these funds. The procedure is in the amount of BGN 260 million, and the application deadline is September 21”, said Pekanov.

"We will also work hard to advance the process for Bulgaria's future entry into the Eurozone. The world is currently in a rather turbulent situation and we cannot afford to wait and remain on the sidelines. We have no time to lose, we must not wonder if we want it or not, so that we don't fall behind again," stressed the Deputy Prime Minister, adding that the country has 7 working groups working for our entry into the Eurozone.

The Deputy Prime Minister noted that, in addition to the Recovery and Sustainability Plan, investment projects are about to be launched. If all planned projects happen, there will be BGN 3.7 billion worth of investments on the market.