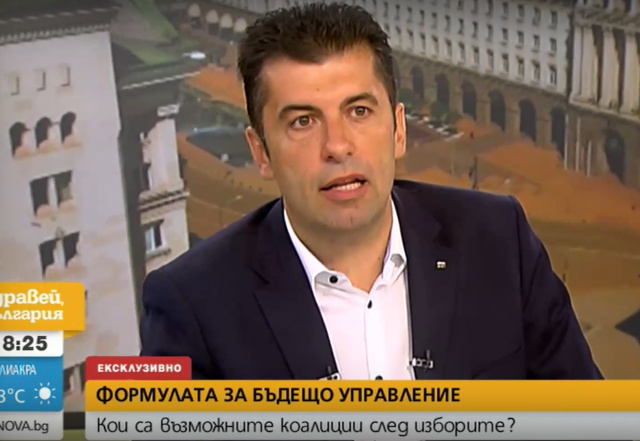 “Liquefied gas from the United States is the best option for Bulgaria”. Former Prime Minister Kiril Petkov said this on Nova TV. According to him, he negotiated personally with the suppliers, without intermediaries.

"For me, it would be tragic to give up liquefied gas and pay in rubles. Not for anything else, but because I will be afraid of what will happen in the winter. Now they are talking about whether Gazprom will let us pay in rubles or not. The ruble is not the problem. The real issue is security of supply. At the moment, the German companies pay in rubles and have stopped their gas on Nord Stream 1, the Italian ones have reduced their supplies. I am most afraid that in the fall, just as the heating season begins, the problems will begin. For example - planned repair of some turbine", said the former Prime Minister.

According to him, the best option is if Bulgaria is independent from Gazprom this winter

"When you have a supplier who changes his mind from morning to night, how can you count on him to be correct in the winter?" If someone manages to negotiate some quantities to fill the gas storage facility in Chiren with some cheap gas, let them do it. It's a security-price issue here. Security is more important than price. All of Europe is wondering what to do, everyone is afraid of winter. Bulgaria did not stop supplying and having gas for a second. I think we managed perfectly at this point", added Petkov.

He also commented on the seven liquefied gas vessels

"The offer is within the frame contract and it is mandatory. In other words, if Bulgaria requests these tankers, the offering company cannot refuse. For October and November we were ready with the possibility of the ship being parked in Greece. We didn't want to sign them because we didn't want the government to say in the last 2-3 days, ‘they signed some kind of gas contracts’. We wanted to give the next cabinet a chance to make an assessment. The seven tankers were priced below the European market at that time," he said.

"For 24 hours, Gazprom stopped the supply of natural gas, although we have an existing contract. 2 weeks later we already had 2 ships traveling to us and we had arranged a port in Turkey. In other words, in the middle of the greatest crisis, when the war was raging, for two weeks we managed to park the ships. The good thing is that the seven tankers come directly from a manufacturer. The largest American company in the world gives them, there are no middlemen. They just have to say 2 ships go to Greece in October and November, then they negotiate with Turkey if necessary. I proved that this can be done in two weeks", explained Petkov.

According to him, Bulgaria had an option whether to buy American liquefied gas

"When one party is obligated to sell to you and the other party is not obligated to buy - this is called an option. This option usually costs money. We managed to agree that this would not cost Bulgaria anything", said the former prime minister.

"If the price of ships is 30 dollars below the European price, which is more or less 30 euros, the regasification and transfer cannot be more than 10 euros. This is the cap it can be worth regardless of who you take the slots from. In other words, we negotiated about 20 euros below the market price. When the crisis headquarters announced the very terrible thing that was coming, no one from Bulgargaz was invited to the HQ. No one called this company, which was willing to give up the October slot. The American firm was also not contacted for at least the first week. The question is what exactly does this crisis headquarters do? Not locking the October and November ship is a big risk. When we turned the tap and Borissov was practicing nonsense that there was nothing in it, there was already pressure in the Greek connection of 40 bars. Then Act 14 was signed, now we need Acts 15 and 16. They can easily be issued by the Bulgarian authorities until the end of August. If the gas connection with Greece does not work in September, I will really claim that there is a delay on purpose", specified Kiril Petkov.

The former prime minister also criticized the GERB leader. According to him, Boyko Borissov is harmful both to Bulgaria and to his own party

"Borissov knows that with a working judicial system, he should go to prison. Even the European leaders told me - he should retire. One of the reasons they don't let us into Schengen is because they are afraid that Borissov will re-enter the government. This is what one of the prime ministers told me at the meeting in Brussels. They also told me that every politician should know when to retire", added Petkov.

According to him, there are things he likes about the caretaker government. One of them is that the inspections of "Captain Andreevo" continue

"Well done to Minister Ivan Demerdzhiev. There are policies that must continue and I hope that we will not lose momentum in these two months", commented Petkov.

The former prime minister also stated that at this stage he does not know whether "We Continue the Change" will appear together with "Democratic Bulgaria" with common lists in the upcoming elections.

"What has been seen is that when some politicians don't steal, when you can't catch them for anything, you try to cover them with yellow slop. Yellowness is trying to be a factor in politics in our country. I think it beneath my dignity to pay attention to them. Some wrong angle - whether she appeared to be touching my arm or not became the news of the day. The Bulgarian viewer focuses there instead of focusing on what is happening with these 7 ships. These mobsters who want to stop us from taking their money are flooding us with slop. I want to address the viewers - be careful who and how they want to distract you", he concluded.

*Petkov is referencing a “news story” a week ago when he and Lena Borslavova were “caught” holding hands in the National Assembly. The photo turned out to be a very questionable angle and a following video showed that no such thing had occurred. However, that did not stop some of the biggest media in Bulgaria, including the Bulgarian National Television, to spread this fake story. Novinite.com purposely did not publish anything regarding this “event”. 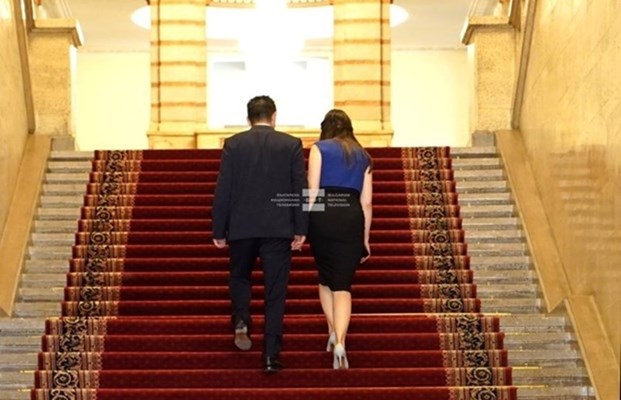