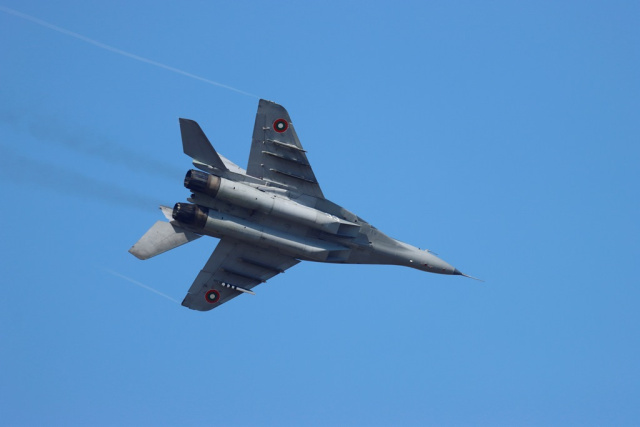 Bulgaria will again repair its MiG-29 aircraft in Poland. This became clear after a meeting at the Ministry of Defense between the Acting Minister of Defense Dimitar Stoyanov and representatives of the embassy.

Our country will request assistance from the Polish Ministry of Defense for the replacement and repair of six MiG-29 aircraft engines.

According to the acting minister, Dimitar Stoyanov, the issue of the use of aircraft is "critical".

The start of the engine replacement procedure will be as soon as possible, said Minister Stoyanov.

In March, the presidents of Poland Andrzej Duda and Bulgaria Rumen Radev discussed the topic at a meeting in Sofia.

The Migs will be the Air Force's only fighters until the new F-16s are acquired, the delivery of which will be delayed.

In 2015, the then Minister of Defense Nikolay Nenchev signed an agreement for the repair and replacement of engines for the Migs worth about BGN 12 million.

In 2021, at the highest instance, the court finally acquitted Nechev on charges that he violated Russian interests because of the contract. Even then, Russia warned that it could revoke the license of the Poles because of the agreement with Bulgaria.