Survey: Young Serbs Hate Bulgarians, Croats and Albanians the Most 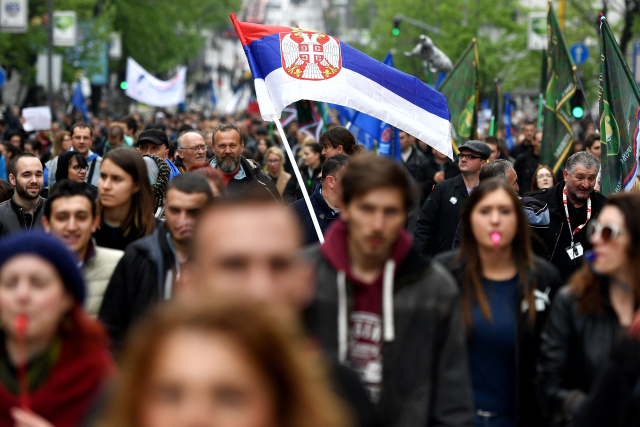 Young Serbs like Bulgarians, Croats and Albanians the least. This is according to the data from a large national sociological survey in the country, reported BGNES.

The study was commissioned by the Serbian youth organization "Pokriv" /KOMS/, whose data will be officially announced on August 12 in Belgrade during the International Youth Forum.

To the question "What is your attitude towards national minorities?" on the 4-point scale, where 1 is the highest rating and 4 the lowest, the Bulgarians get 2.09, the Croatians are slightly ahead of us - 2.04. Only the Albanians are behind the Bulgarians and the Croats - 2.52. Serbian youth like Macedonians and Montenegrins the most - respectively, 1.75 and 1.68. In the middle of the table are the Hungarian, Romanian and Bosnian minorities.

The results of the study are not surprising considering the institutional hatred that has been instilled in Serbia for over a hundred years against all neighboring countries.

From the same survey, it is clear that 55% of Serbian youth are against the introduction of sanctions against Russia. 43% of respondents believe that "Serbia should balance between the East and the West".

To the question "If one has to choose between the East and the West?" 53% of those asked decided to "turn to the East".

55 percent of Serbian youth are of the opinion that the country should not condemn Russia for its aggression against Ukraine. Only 18 percent believe that Serbia should introduce sanctions against Russia.