The Bulgarian Ship "Rojen" sailed from the Ukrainian port of Chornomorsk 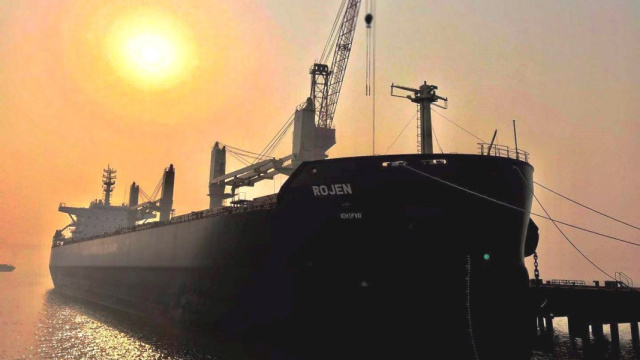 The Bulgarian cargo ship "Rojen", controlled by the company "Parakhodstvo Bulgarian Sea Fleet", sailed this morning before 7:00 a.m. from the Ukrainian port of Chornomorsk and will pass through the agreed sea corridor for the export of grain cargoes.

The ships "Polarnet" and "Navi Star" also left after it.

The three vessels carrying more than 50,000 tons of Ukrainian corn will assemble in a convoy off Odesa and head south.

"Rojen" has been blocked in the Ukrainian port since the beginning of hostilities.

The goal is to reach the export of over 3 million tons of agricultural produce per month through the ports of Odessa, Chornomorsk and Yuzhny, Kubrakov specified.