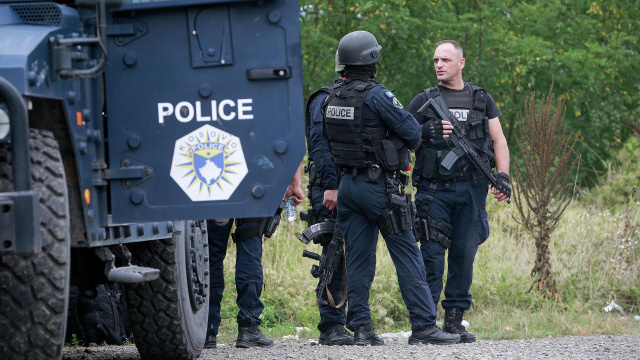 The authorities in Pristina have postponed for a month the entry into force of the ban on cars with Serbian registrations moving in Kosovo. The ban, which was supposed to apply from today, caused tension yesterday.

The Kosovo authorities decided to postpone the implementation of the controversial decision by a month after consultations with EU and US partners. Yesterday evening, residents of northern Kosovo, populated mainly by Serbs, erected barricades on key roads in protest against the authorities' intentions to start re-registration of Kosovo citizens' private cars registered in Serbia from today.

The blockade was also provoked by the decision of the government of Kosovo to change their personal documents issued by the Serbian authorities with those issued by the authorities of Kosovo. The checkpoints between Kosovo and central Serbia were also blocked.

Earlier, Kosovo Prime Minister Albin Kurti said it was a reciprocal measure, as the authorities of Serbia, which does not recognize Kosovo's independence, demand the same from Kosovars who enter Serbian territory.

Blockades in Northern Kosovo over the same dispute over car registration plates came to an end at the end of September last year.