Day 154 of the Invasion of Ukraine: Russia claims to have Seized Ukraine's largest Coal-Fired Power Plant 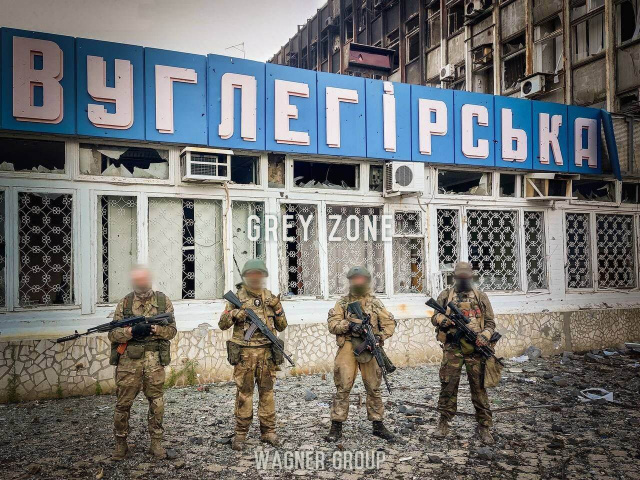 Moscow announced that its troops have established control over the largest coal-fired power plant in Ukraine, the one in the area of ​​the city of Svitlodarsk in the Donetsk region - Vuhlehirska Power Station, DPA reported, quoted by BTA.

Although Russian separatist media released footage purported to show mercenaries from the private military company Wagner outside the plant's administration building, the Russian claim could not be verified, and other reports said fighting around the plant continued.

The Ukrainian General Staff made no mention of it in its summary of the fighting last night, although it did report fighting in the nearby village of Semigorie.

The General Staff added that yesterday Ukrainian soldiers repelled attacks on the front line in Donetsk and Luhansk regions.

Moscow said its forces killed several dozen foreign fighters, most of them Poles, in an attack on a unit of the Ukrainian International Legion in the area of ​​the town of Konstantinovka in Donetsk region.

The legion, which fights on the side of the Ukrainian army, rarely gives data on its victims and does not disclose information about the composition of its volunteer forces, DPA noted.

Kaliningrad has started receiving EU-sanctioned goods from Russia by rail

The first train from Russia with sanctioned goods arrived in Kaliningrad after the EU eased restrictive measures for transit to the Russian Baltic enclave, DPA reported, quoted by BTA.

The dispute over the enclave dates back to mid-June, when Lithuania began suspending rail shipments from mainland Russia to Kaliningrad of goods on the EU's sanctions list.

Kaliningrad is geographically separated from the rest of Russia and can only be reached by land through the territory of EU members Poland and Lithuania.

The danger of the coastal territory being cut off from the rest of the world has raised concerns in Moscow, as its population of half a million is heavily dependent on goods from mainland Russia. The Kremlin has threatened retaliatory measures to punish the EU.

Following Moscow's protests and threats, the European Commission last week issued new recommendations for the movement of goods to Kaliningrad.

Russia now has the right to transport civilian goods through Lithuania - even those that fall under the sanctions - without special restrictions. This includes iron, steel and other building materials.

Brussels has announced that transit volumes to Kaliningrad will be closely monitored and if more goods than usual are found to be transported, they will be stopped.

This is intended to prevent Russia from shipping to other countries via Kaliningrad products covered by the sanctions, thereby circumventing Western punitive measures imposed because of the war in Ukraine.

The government in the Philippines has backed out of a deal to buy 16 Russian military transport helicopters over fears of sanctions by the United States, Philippine officials said, as cited by the Associated Press and BTA.

Former National Defense Secretary Delfin Lorenzana announced that he had terminated a deal worth 12.7 billion Philippine pesos ($227 million) to buy MI-17 helicopters. Lorenzana made the decision last month and it was approved by then-President Rodrigo Duterte before his term ends on June 30.

"It's possible we'll get sanctions," Lorenzana told the AP, talking about possible ways Washington could demonstrate its displeasure with finalizing the deal with Russia amid worsening relations between the United States and that country.

He added that US security officials were aware of Manila's decision and may offer similar helicopters for the needs of the Philippine military.

The Philippine ambassador in Washington, Jose Manuel Romualdez, commented that the deal was terminated due to the danger that the Asian island nation would come under the blows of a US federal law that imposes sanctions on opponents of the US.

According to a representative of the Philippine army, since the contract with Russia has already been signed, this means triggering the "procedure to terminate it". The Russian side could dispute this action, but the chance of the government rethinking its decision is minimal, added the same representative, who wished to remain anonymous.

The agreement, signed in November, was supposed to provide the Philippines with the delivery of the first helicopters of the Russian company "Sovtechnoexport" in 2 years.

The main bridge connecting the two banks of the Dnieper near the Russian-occupied Ukrainian city of Kherson has been completely closed to traffic after another attack by Kyiv forces.

This was announced by the deputy head of the pro-Russian "military-civil administration" in the Kherson region, Kiril Stremousov. Ukrainian media also showed footage from the Antonivsky Bridge.

The third such strike - the previous ones were on July 10 and 20 - follows the start of a counter-offensive to retake southern Ukraine, announced by Defense Minister Oleksiy Reznikov.

According to him, 10 missiles were fired at the bridge, some of which were intercepted by Russian air defenses. According to him, the HIMARS rocket launcher system, which the United States delivered to Ukraine at the end of June, was used.

Already last night in social networks such as Twitter and Telegram there was a dispute about whether the bridge was affected in the strikes. Stremousov himself claimed that it was not.

Days ago, after the second Ukrainian attack on the bridge, the Moscow-loyal administration warned that it could collapse if sustained shelling, but did not close it completely, only to trucks. Stremousov confirmed this morning that it will need repairs. 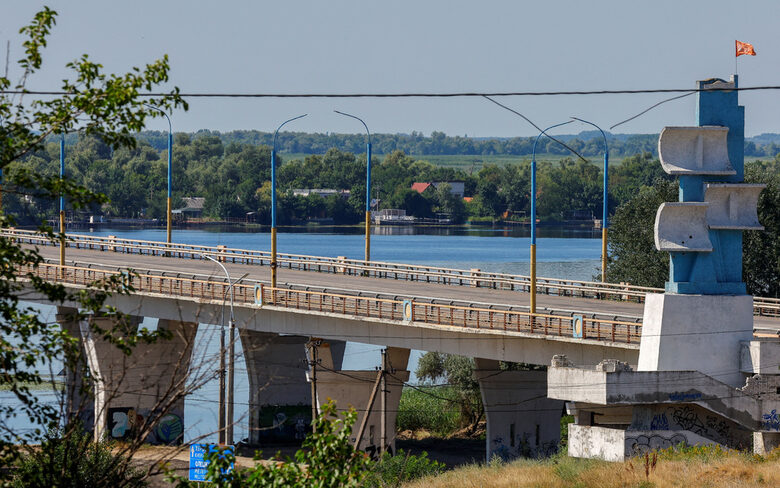 The Russian army controls only two other bridges over the Dnieper, but the Antonivskyi is the most important for supplying Russian forces and is on one of the two main routes to the annexed Crimea. The decision not to blow up the 1.4 km long bridge before the Russian invasion is one of the mysteries of the war, for which the head of the Ukrainian services was also fired months later.

Destroying it would disrupt not only military supply chains but also those for the civilian population. According to Stremousov, the attack on the bridge only slightly "complicates" life in the Kherson region, but does not affect the outcome of the hostilities.

Ukraine explained that it hit the bridge with "amazing" accuracy, and presidential adviser Mykhailo Podolyak admitted that there might not be a "third warning" for the Russians to leave Kherson and sarcastically stated on Twitter:

"You can call the Antonivsʹkyy bridge a means of ru-air defense that intercepts all ua-missiles, but you cannot escape the reality – occupiers should learn how to swim across the Dnipro River. Or should leave Kherson while it is still possible. There may not be a third warning."