UK: TV debate between the Conservative Candidates Ended after the Presenter Fainted on Air 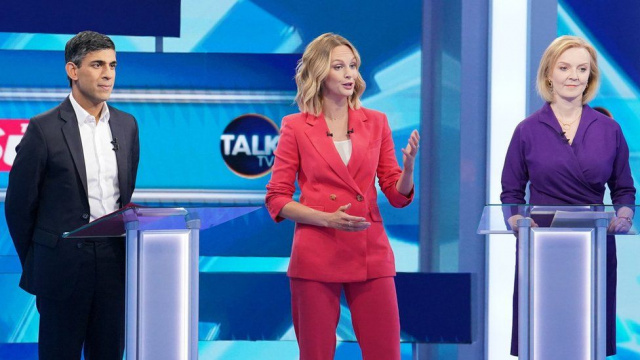 Turmoil on air during the second televised debate between the candidates for the leadership of the Conservative Party in Great Britain.

The host of the debate between Rishi Sunak and Liz Truss asked a question, but as the Foreign Secretary was answering there was suddenly a loud noise and Truss herself exclaimed "Oh my God!". Seconds later, the broadcast was interrupted. It turned out that the presenter had fainted.

Talk TV, which ran the debate in conjunction with the Sun newspaper, reported that presenter Kate McCann is fine and has received medical attention. Truss and Sunak will meet again on the air of another television.